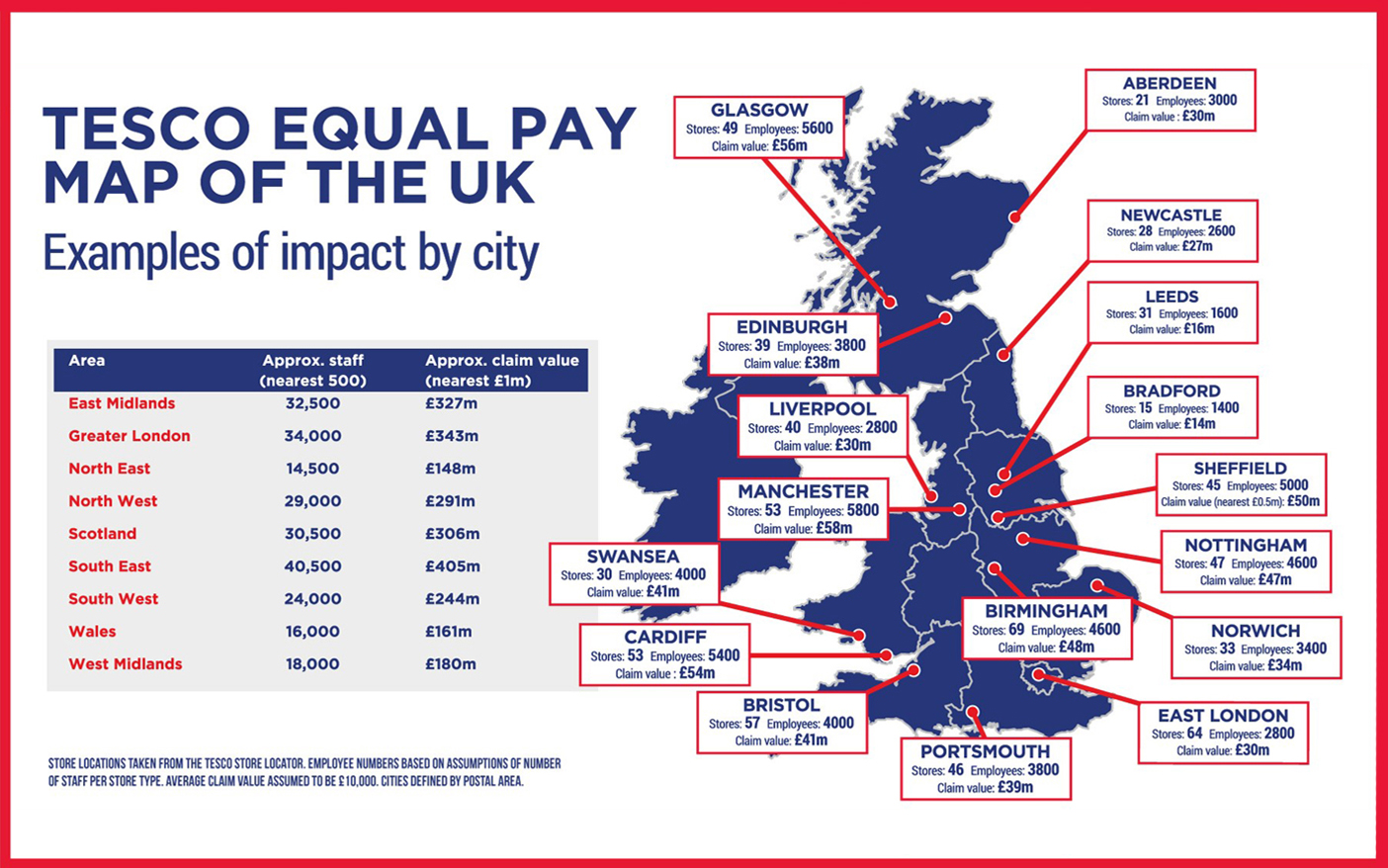 Last week the Mirror featured an article about the Tesco claim which included details of the ‘Tesco Equal Pay Map of the UK’ developed by Harcus Sinclair UK Limited. The story was also picked up by the Metro and The Scotsman.

Harcus Sinclair UK Limited is a leading UK law firm specialising in bringing group actions cases on behalf of large numbers of individuals and companies. The team has a strong reputation for successfully representing groups of claimants with a shared complaint against large institutions. The firm acts for 300 institutions and nearly 6,000 private individuals who argue that the losses they suffered as a result of the acquisition were as a result of the Lloyds TSB directors’ alleged breach of duty in recommending the deal to their shareholders and in providing them with inadequate information properly to assess the proposed acquisition. The action resulted in a twelve week trial that finished in March 2018. Judgment has not yet been handed down. The firm also acts for motorists who unknowingly bought ex-rental and ex-fleet vehicles sold into the second-hand car market, often through manufacturers’ Approved Used schemes.